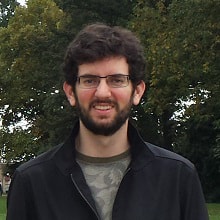 David Mazeika earned his PhD in criminology and criminal justice from the University of Maryland. While at Maryland he served as an advisor to the Cambridge University Police Executive Program, training police officers in Jaipur, India on geospatial crime analysis techniques. Prior to joining TCNJ, he served as a research analyst in the Washington DC Statistical Analysis Center, where he helped secure over $300,000 in grant funds from the Bureau of Justice Statistics. Working closely with the Metropolitan Police Department, DC Attorney General, DC Superior Court, Pretrial Services Agency, and the Department of Youth Rehabilitation Services, he completed a number of process and impact evaluations on juvenile and criminal justice programs including fugitive safe surrender, teen and truancy court diversion, victim-offender mediation, and electronic monitoring. His research interests include the cost-benefits of alternatives to secure detention, the intersection of crime and place, and advocates more generally for data-driven decision making among juvenile and criminal justice practitioners.